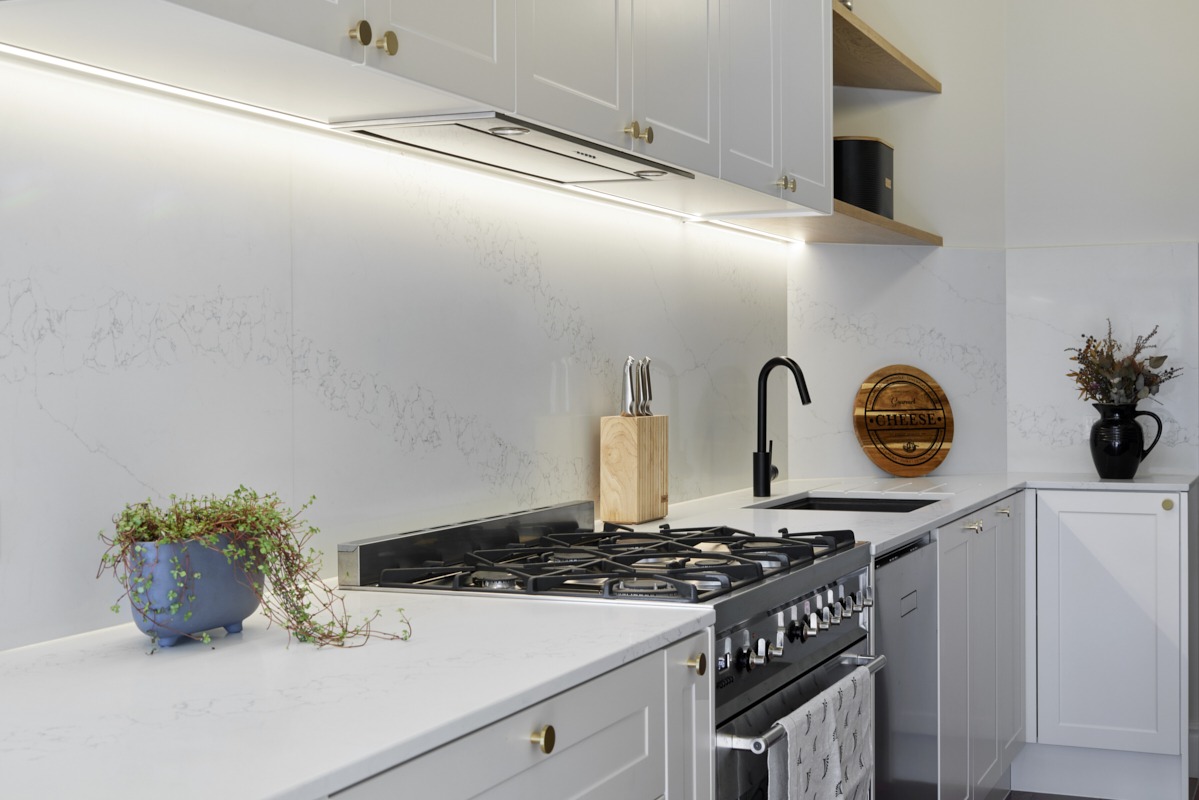 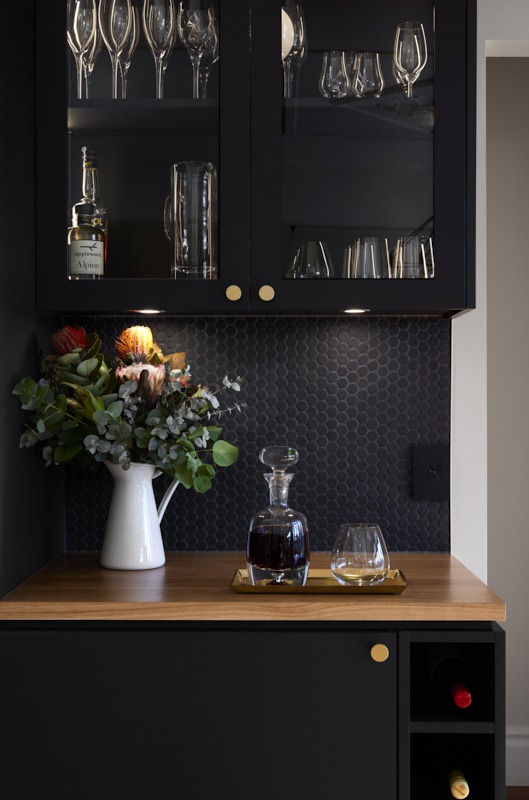 As with any kitchen design project, functionality was key in this project. For the client this included ample counter space and storage. The problem with this kitchen was the layout. So the problems our design had to address included; a small breakfast, not enough counter space, no appliance counter, and not enough storage.

Extending the kitchen this way meant we could add a big enough breakfast bar for the entire family and a bar. The bar could also accommodate good tableware that was housed in an old Ikea piece of furniture the client wanted to get rid of.

There were two other key changes to the layout. One was moving the oven from fireplace, which created room for the appliances to go in the fireplace. The fireplace being big enough to house our client’s regularly used appliances.

Once this layout was accepted by the client we focused on the style goal. Due to the period nature of the house the kitchen specifications were a balanced mixed of classic and modern where the fireplace remained a feature.