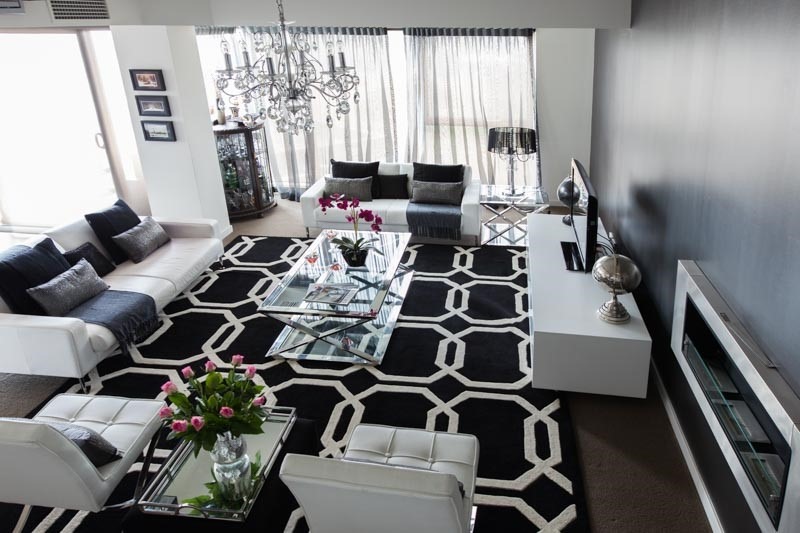 For example, and I’m generalising, but in America you will see Hamptons style, Spanish Mission, Hollywood Regency, and Cottage/Country style.  Which reflects the breadth and depth of the weather, people and history of America.

In Australia, we have our own Coastal style, which is more relaxed than Hamptons and we are heavily influenced by Europe, given our European heritage this make sense.  For example French styles are really popular as is Industrial style which stems from the Industrial Revolution in the United Kingdom.  But we’re also a young country and equally like Modern styles that reflect open plan, and indoor outdoor living.

Here’s a run down of popular Australian styles and their key characteristics.

This style is common in new homes and estates, think Metricon display home.

Most people are familiar with Scandinavian style but it’s more nuanced and beautiful than Ikea.

Hard to achieve but interesting as it’s a reflection of a person’s diverse range of loves and experiences.

Also known as French Provincial or Shabby Chic, a classic style we’re so familiar with that looks effortless due to its distressed features and neutral colours.

Really popular in Melbourne especially in apartment developments around Collingwood and many hospitality spaces too.

A relaxed style that is quintessential Australian and reflects our love for the sea.

Popularised recently by Mad Men but a timeless style and period that produced some classic pieces.

Knowing which Australian interior style you love is really important to be able to achieve a successful cohesive space but this is tricky because it’s absolutely natural for everyone to like elements from different styles and get confused.

I’m sure you’ve bought something you loved from Provincial Living for example and when you brought it home it didn’t work with other pieces you bought from Ikea or Freedom and so on.

The reasons for this are many and varied, it could be because there is no consistency in colour, shape, or texture with each of the items.  An important interior design element is repetition.  So it’s possible to like different pieces from different styles but for it work in your own home something needs to be repeated for example colour.

I’m not immune to making this mistake either, I still have a vintage lamp shade sitting on my office floor which I bought from an antique shop in the Dandenongs for $40.  I bought it because it’s vintage and I love everything old, and because it’s grey.  I love black white grey colour schemes. Also I bought it because it’s 100% silk which is a beautiful expensive material you don’t find in lampshades these days.  But’s its English style is opposite to my mostly French styled pieces.  Yet, I won’t part with it.

We start every project by deciding a design strategy this entails defining the client’s style and a basic colour scheme.  A good colour scheme starts with 3 colours for example, black white grey which can be built on with accents such as gold or pink.

To learn your style take our quiz and if you’re still stuck and want to style a space in your house and get it right, we’re happy to help.

Sign up to receive your monthly dose of interior design trends, tips and updates.